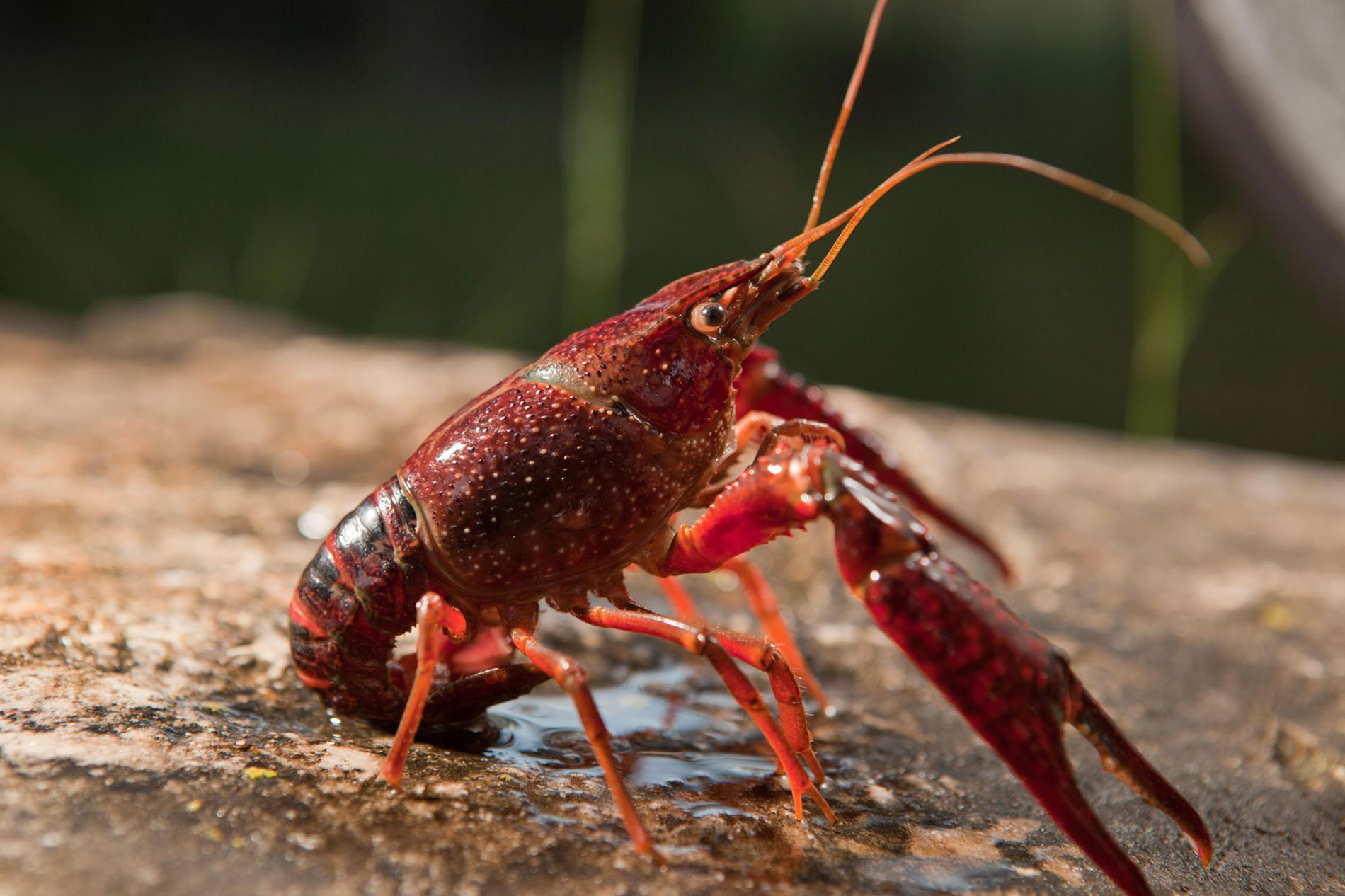 Emerging infectious diseases are increasingly recognized as a severe threat to wildlife. Chytridiomycosis, caused by Batrachochytrium dendrobatidis (Bd), is considered one of the most important causes for the decline of amphibian populations worldwide. Identifying potential biological reservoirs and characterizing the role they can play in pathogen maintenance is not only important from a scientific point of view, but also relevant from an applied perspective (e.g. disease control strategies), especially when worldwide distributed invasive species are involved. We aimed (1) to analyse the prevalence and infection intensity of Bd in the invasive red swamp crayfish (Procambarus clarkii) across the western Andalusian region in Spain; and (2) to assess whether the presence of crayfish affects the prevalence and infection intensity of Bd in amphibians of Doñana Natural Space (DNS), a localized highly protected area within the Andalusian region. First, we found that infection prevalence in crayfish guts was 1.5% regionally (four out of 267 crayfish were qPCR positive to Bd, all of them belonging to the same Andalusian population); qPCR positives were histologically confirmed by finding zoosporangia of Bd in gastrointestinal walls of the red swamp crayfish. Second, we found a higher prevalence of Bd infection in DNS (19% for crayfish and 28% for amphibians on average), a place with great diversity and abundance of amphibians. Our analyses showed that prevalence of Bd in amphibians was related to the presence of the red swamp crayfish, indicating that this crayfish could be a suitable predictor of Bd infection in co-occurring amphibians. These results suggest that the red swamp crayfish might be a possible reservoir for Bd, representing an additional indirect impact on amphibians, a role that had not been previously recognised in its invasive range.